To see more of my commercially based work: http://illustrateanimatebyleslie.weebly.com/ 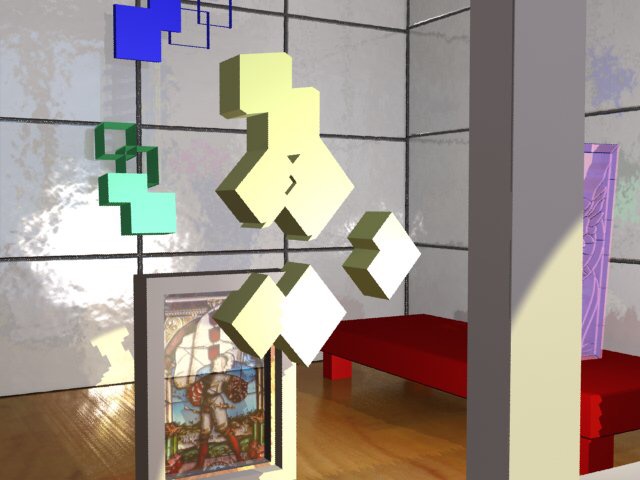 A little 3d modeling by me in 3ds max.

In Progress fun using After Effects CC, Cinema 4D Lite, Photoshop and one of my paintings...
Here is a snippet of a video created using Cinema 4D. I began by drawing in Illustrator, imported the Vector art into C4D
and finished it up with After Effects. The music is by the awesome surf guitarist Dick Dale.
Look out! It's a heat-sinking clown nose headed right your way!
My final project for a class in Spring 2012. Who knew I would be animating a self portrait painting in Mograph?
Part of the sound unfortunately is missing in the beginning so I will keep looking...
October 2010: This is my beginning student work in Motion Graphics. It has some kinks to be fixed but I wanted to share with you what
​I have learned in my very first few months using Adobe After Effects. It is a very different art form in some ways than painting but in some ways similar.
Leslie Pierce Visual Artist, Contemporary Paintings and Art Workshops